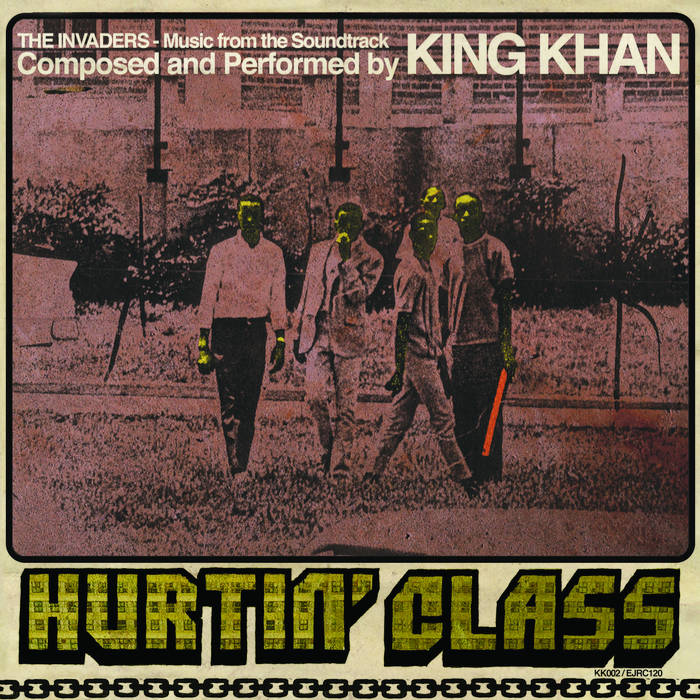 Jesse I always dig Ian Svenonius when he gets funky. No doubt the rest of the King Khan and Jack Oblivian produced soundtrack is up tight. Favorite track: HURTIN' CLASS.

WHO ARE "THE INVADERS"?

Consciousness regulation is the pre-occupation of the culture industry. The reduction of historical events to simplistic binaries and the erasure of all nuance, depth, and what–ifs.

The Civil Rights struggle has gotten this treatment in particular. Its now been ossified as a series of marches and sit-ins which led to the overturning of the most glaring US racial inequalities (e.g. segregated schools) and which culminated in the the martyrdom of its most charismatic leader, Martin Luther King Jr. With the riots following MLKs assassination, and the malaise following his death, "the movement" lost its hope, drive, and focus.

But Civil Rights was never just the monolith of angry Malcolm vs. peaceful Martin, and the history channel wants the population to forget that the "movement" was radicalized beyond what is generally understood.

Revolutionary groups abounded. Anti-colonialist movements overseas (Cuba, Vietnam, South Africa, Algeria, et al) served as inspiration for an anti-colonial struggle in the USA. The Black Panther Party set an example that had massive influence. When street gangs like the Vice Lords (Chicago) and the 1,000 member Slauson Gang (Los Angeles) discovered Black Power, they developed revolutionary consciousness, often organizing teach-ins, day care and soup kitchens as well. The Vice Lords became "Vice Lord Nation," the Blackstone Rangers became "Black P Stone Nation" and so on. Social change had an exponent then that wasn't bound up by Christian morality and had its background in delinquent activity. These gangs were poised to be guerilla cadres who would act as shock troops when the s**t went down.

In the 60's therefore, the nation stood on the precipice of some kind of revolution. in many ways, the country experienced a civil war, with the FBI conducting an infiltration and assassination program on Black groups similar to the CIA's "Phoenix Program" in Vietnam.

The INVADERS of Memphis, Tennessee were sort of in the middle of these paradigms, the old line SNCC and the Panther style gangs. They had their roots in the Southern Christian reformist scene but were also tired of the passivity of non-violence; sick of the moral victory of having their heads smashed in.

They were like an intellectual street gang with incredible style, who devoted themselves to justice and confronting white supremacy. A group or "gang" of organizers, they were on the front lines of the struggle in the South, and experienced extraordinary harassment, violence, and imprisonment. They conducted the last meeting with King at the Lorraine Motel before he was murdered, and yet their story is almost unknown.

Interviews with them are poignant; the Invaders tell their stories with little trace of bitterness or madness, despite their disgusting treatment by the State fascists.

This excavated history – a fast-moving re-telling with a funky soundtrack – footage – is a must see for anyone who wants to understand the context of the struggle that is still ongoing, which has still not been resolved, and that is reality for many every day as evidenced by events in Baltimore, St Louis, Cleveland, et al.

In short, THE INVADERS is a MUST-SEE for people living RIGHT NOW.


"King Khan is that fiery arrow shot into the night sky which no one knows how high or far it will travel, however we do know that as that fiery arrow streaks across the heavens, along the way its flames will light up dark places. With HURTIN’ CLASS King Khan’s music can become the voice of many around the world, some who have never been heard from before."
- John B. Smith (Leader of the Invaders)

“When I found out that John B. Smith, the founding member and leader of the Invaders asked the director of the film, Prichard Smith, for me to do the soundtrack, I was floored. Here is a man whose militant black power group impressed MLK so much that he had personal meetings with him about how to get the militant civil rights groups into the poor people’s campaign! This was just the beginning… John B. adopted Prichard and I into his family and treated us like sons. Making the soundtrack for this film felt like a call to arms, especially considering what is going on now involving the police and race relations all over the U.S. The fact that it has taken so long for The Invaders tale to be told just goes to show you how the powers that be are as evil and crooked as 50 years ago. The struggle is the same and so I chose message music as my weapon, may it soothe your ears as much as light a fire under the collective ass that is pulling the strings. ”
– King “Bama Lama” Khan
EMPEROR OF R&B

In loving Memory of Dot Smith

Produced by A. A. Khan
Mixed and Mastered by Nene Baratto on King Tubby's Mixer!!!
At Moon Studios & Porcodio Studios, Berlin 2015
Artwork by Michael Eaton