Look For Me In The Whirlwind

by Marcus Garvey & His Infinite Om 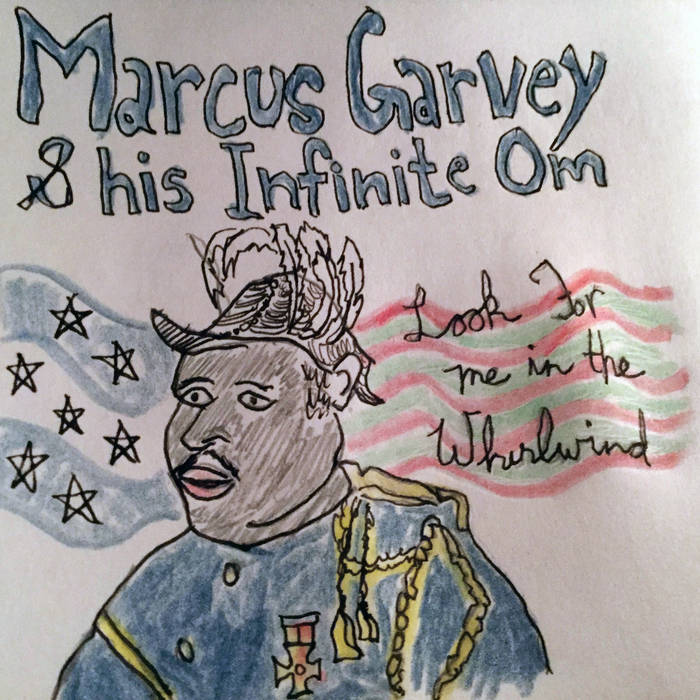 Produced by King Khan
Music by DJ Masterbates
excerpt from Marcus Garvey's Speech "Look For Me In The Whirlwind", (circa 1924, Harlem, NYC)

What satisfaction can anyone get in being happy and see his brother wallowing in filth, death and disease? How can you be happy living in luxury and your brother is living in disease? Then when you try to help the one out of the disease, there are talks of a disloyalty.
Black men of Carthage, Black men of Ethiopia, of Timbuktu to Alexandria gave the likes of civilization to this world. Ethiopia shall stretch forth her hands unto God and princes shall come out of Egypt. Those classes, nations, races have been quite quiet for over four centuries. Who have merely bore the view in self humiliation, whose forbearance can only be compared to the prophet Job as likewise lifted his bowed head and raised it up at God’s cries, and cried out “I am a man and demand a man’s chance and a man’s treatment in this world.”

As I shall teach the black man, I shall teach the black man to see beauty in his own kind and stop bleaching his skin and otherwise looking like what he’s not. Back in the days of slavery, Race mixture, Race miscegenation all occurred BECAUSE THE AFRICAN WOMAN HAD NO PROTECTION FROM THE SLAVEMASTER. Therefore there is no need today for black people themselves to freely continue a PRACTICE that SMACKS so much of slavery.

Our leaders say the race problem will be solved thru higher education. Thru better education, black and white will come together, that day will never happen until Africa is redeemed. Cause if those who like W.E.B Dubois believe that the race problem will be solved in America thru higher education, they will work between now and eternity and never see the problem solved.
God made man lord of his creation; gave him possession and ownership of the world. And you have been so darned lazy that you’ve allowed the other brother to run away with the whole world. Now he’s bluffing you and telling you that the world belongs to him and that you have no part in it. I don’t have to apologize to anybody for being Black, because God Almighty knew exactly what he was doing when he made me Black. If black people knew their glorious past then they would be MORE inclined to respect themselves. Yes, you’ve heard of Johnny walker red, and black, well he had his adversities but he’s still going strong.

Well I intend with your help and God’s grace to continue, cause my work has only just begun. Future generations shall have in their hands the guide by which they shall know the sins of the 20th century. I know, and I know you to believe in time, but we shall wait patiently for 200 years if need be, to face our enemies for our prosperity. When mine enemies are satisfied, in life I shall come back or in death even to serve you as I served before. In life I shall be the same, in death I SHALL BE A TERROR to foes of African liberty.
If death hath power then conquer me to be the real Marcus Garvey I would like to be. If I may come in an earthquake, or a plague, or a pestilence, or if God would have me, then be assured that I shall never desert you and make your enemies triumph over you. Will I not go to hell a million times for you? If I die, my work will only just then begin. For I shall live in a physical or spiritual to see the day of Africa’s Glory.