Let Me Hang You 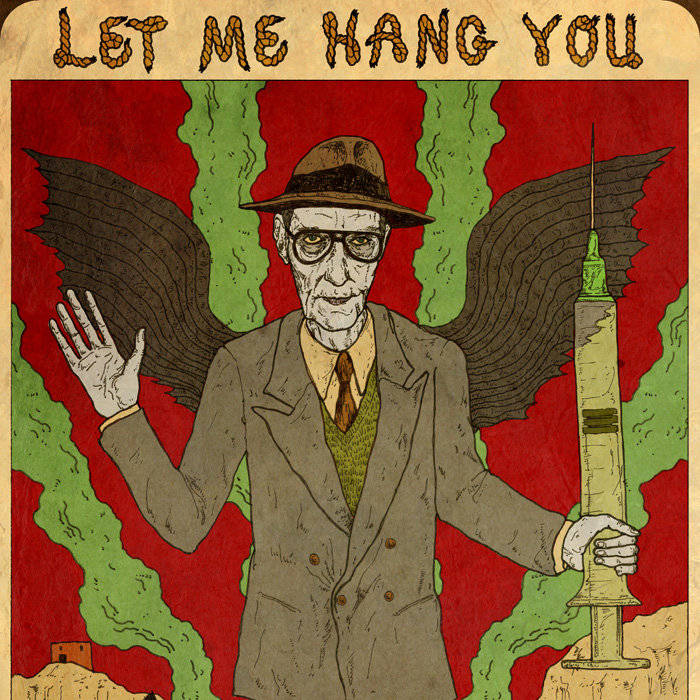 negative6ix Burroughs is one of the most unsung heroes of our time... absolutely genius perspective! Favorite track: Clem Snide The Private Asshole.

bognar_regis First. It's Burroughs. Love the way the music enhances the imagery of Burrough's words. Plus it has the story from Naked Lunch from which Steely Dan got their name.

Twenty years ago, William S. Burroughs was asked to record an audio version of his favorite parts of Naked Lunch. Longtime associates and producers Hal Willner and James Grauerholz produced several sessions, and they recruited a team of world class musicians to help. Famed for their Naked City involvement, Bill Frisell and Wayne Horvitz contributed their genius, as well as Eyvind Kang, just to name a few. The recordings were then abandoned and collecting dust on a musty shelf, as forgotten as a piece of rancid ectoplasm on a peepshow floor.

In 2015, Hal Willner decided to reopen this unfinished masterpiece and asked help from King Khan (a musician that he and Lou Reed admired and became fast friends with). Hal sent Khan all of the recordings and asked him to add his gris gris to this extremely perverted gumbo... and history was made and the scum began to rise!

King Khan recruited M Lamar, the creator of the "Negrogothic" movement and the identical twin brother of transgender actress Laverne Cox (Orange is the New Black), and The Frowning Clouds, a band of young Australian boys who have mastered the sixties garage punk sound -- and that perhaps WSB would have also enjoyed for other purposes a long time ago.

Let Me Hang You is a collection of depraved genius straight from the godfather of punk's very own mouth. If chills and thrills are what you seek, then look no further -- here is the bible of freakdom, recited by the pope of the underground... Now, pull the chair from underneath you and see what happens!

Edited and Sequenced by Hal Willner

Artwork by Michael Eaton & A. A. Khan

In loving memory of Nelson Lyon.