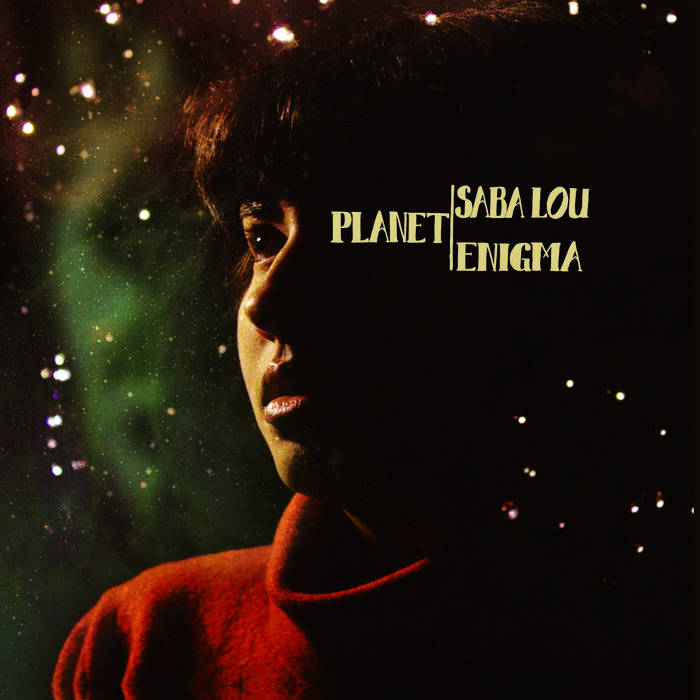 gipetto Reminds me of Syd Barrett and the early John Frusciante. Planet Enigma's got a magic beauty that touches me deep inside somehow. Great album!

Saba Lou was born in the year 2000 in Kassel, Germany. She moved to Berlin with her family in 2005. She began her recording career at the age of 6, putting out a 4 song 7-inch on Atlanta's Slaughthaus/Rob's House Records. At the age of 8 she recorded "Good Habits (and Bad)" which was then used for the end credits on Cartoon Network's "Clarence" t.v. show. The song was also released in 2012 on the "Until The End" 7-inch on Seth Bogart's (aka Hunx) label Wacky Wacko records.
Saba Lou recorded her debut album "Planet Enigma" this year at the age of fifteen.
Ryan Sambol, of the Strange Boys, makes a guest appearance on "Our Fate". Erin Wood from the Spits also sings back ups and provides some space synth on "Planet Enigma".
The album was recorded at Moon Studios, Berlin in late 2015- early 2016. Saba Lou is currently finishing up high school in Berlin. Her hobbies are drawing, collecting records, reading and writing songs.

It's not often you make a lifelong connection. Saba Lou was just four years old when we met. I didn't make much money back then, and neither did her father, whom we dubbed "Budget Dad" because of how he used to make Saba Lou and her younger sister, Bella, toys from cardboard. For her fifth birthday, we all chipped in to build a cardboard castle, complete with picturesque windows filled with plastic flowers and glued-on Indian gods inside. Saba Lou loved it so much she probably still thinks it rivals the most extravagant of Bohemia's Black Forest!

So many memories -- selling cupcakes at her elementary school, not knowing a word of Turkish or German other other than "hello" and "thank you", watching her play violin on our Defenders record, crying our eyes out at a Dolly Parton concert...

I couldn't be more proud of the amazingly talented young woman she's become. Saba Lou did it on her own, which makes me even prouder. Her debut album is the best damn thing in the world -- except for the album she's about to make. As her uncle Jack Hines says, "There are signs in this desert of what we once were. Every glimpse of the wonder of youth is a fresh breeze in our souls. Every promise of love not yet fully realized spurs our hearts on. Every delicious daydream makes waiting for the bus a communion with eternity."

So here is a document to a time in your life that I hope has not expired. Here is a breeze for your soul, a spur for your heart and a setting for your daydreams. Simply put, here is a reminder of all the things that make life worth living.

Listen and be free.

Recorded by A. A. Khan at Moon Studios, Berlin, 2016
Mixed and Mastered by Nene Baratto at Porc Audio